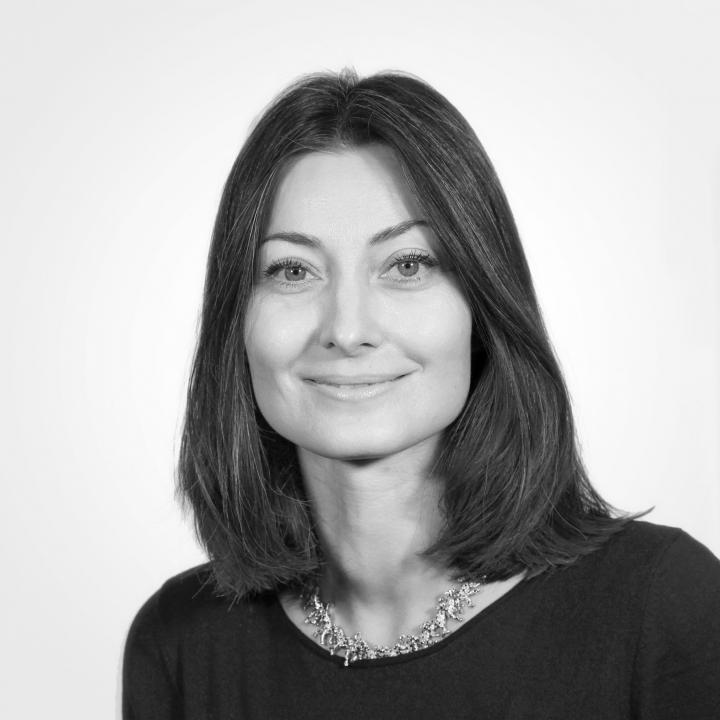 Dr Maja Petrović-Šteger is a Social Anthropologist who has carried out research over a long term in the former Yugoslavia, Tasmania and Switzerland. Her particular interests lie in the anthropology of the body, anthropology of conflict and anthropology of mind. For twenty years, Maja's scholarship has attended to a variety of contexts in which bodies – living, dead, or in the form of medically usable remains – have attracted political, legal, scientific or artistic attention. With a corollary interest in how anthropology can illuminate our understanding of the mind, she has further examined psychological and military concerns with mental health, mental hygiene and neuro- security in Serbia. Her latest projects consider how is time (the past, the present and the future) imagined and dealt with in situations crying out for radical restitution or healing. She is focusing on visionary people and imaginal practices in Serbia, who, in a climate of hopelessness, intend radical social transformation premised on some notion of the common good. The research inquires into how individuals and groups understand their mediation of sociohistorical change.

Maja has been a Research Fellow and Associate Professor at the Scientific Research Centre of the Slovenian Academy of Sciences and Art, Ljubljana (Slovenia), since 2014.

2002–2006: My doctoral work at Cambridge compared official, bioscientifically mediated ways of recovering bodies lost in the Yugoslav wars of 1990s with supposedly ancestral ways of repatriating the remains of aboriginal Tasmanians. What meaning inhered in human remains in postconflict, translocal and technoscientifically oriented societies, and how did this meaning register through the collection and DNA identification and classification of dead bodies? Did the recovery of remains always conduce to healing or reconciliation? Case studies shed light on how dead bodies and body parts are conceived and used both as material objects and conceptual frameworks through which Serbian and Tasmanian people managed ideas of modernity, development, democracy and accountability. In tracking the circulation of remains, my work exposed the negotiations underlying the formulation of these concepts across a range of sites: at home, on mass grave sites, in museums, forensic laboratories, legal offices, and on the level of the communal imaginary. Human remains were processed into knowledge production, underpinning scientific ideology, moral argument and representations of victimhood.

2006–2010: Extending my research to other areas, I extensively investigated British legal frameworks constituting the arena of accountability in relation to the body and body parts between 2006 to 2010. Postdoctoral research focused on interrogating the consequences of treating the body as the site and evidence of truth, through taking bodies as fundamental to cultural identity. One interest has been the legal construction of the human remains abstracted from indigenous people in Tasmania and elsewhere and vested in British museums, with one justification for their retention being the potential they hold for biomedical knowledge.

2007–2010: I also undertook an ethnographic project on the Swiss artistic collective ETOY and its aspiration to ‘digitize’ human remains. This analysis of ETOY’s Mission Eternity Project described the group’s figuring of the dead as a form of social software. The project showed how people give value not only to live bodies and (medically usable) body parts but also to corpses and dead bodily fragments, which may hold a variety of economic, political, scientific and even artistic values.

In 2011–2014 I started addressing international interventions promoting justice in postconflict settings from another angle. This project used ethnographical methods to elicit people’s sense of global and local power relationships as they affected a notion of psychological and mental security in present-day Serbia. The research project, Coming To Terms: On Mental Hygiene and NeuroSecurity in Contemporary Serbia, examined mental security technologies taken to safeguard a presumed ‘national consciousness’. National consciousness was shown to be politicized at the intersection of discourses of scientific rationality, a technology of mind, parapsychological warfare, identity politics, nationalism, democracy and ideas about the future. In 2014 the project was awarded an Independent Social Research Foundation Grant.

Between 2014 and 2017 I worked as a researcher on the Ethnographies of Land and Water Routes: A Comparative Approach to (Im)mobility (ARRS J6-6839) project led by Dr. Nataša Gregorič Bon. I explored various modes of attending to and imagining water resources in the Morava River valley (Serbia).

During the same time 2014 and 2017 I worked as a researcher on the Bounded rationality and economic performance (ARRS J1-6828) project led by dr. Aljaž Ule. The research empirically test the idea that in complex economic environments humans resort to simple heuristics to make decisions. In particular, a sequence of laboratory experiments with human subjects were developed with the aim to detect (i) when do people use simple rules of thumb rather than rational optimization, (ii) the distribution of these rules in different populations, and (iii) whether simple rules spread by means of learning, imitation or best response. The focus was on environments in which trust, cooperation, and reputation are necessary to achieve efficiency, attending to the classic economic problems of asymmetric information and incomplete contracts.

2016–2018: I served as PI (ARRS J6-7480 research grant for senior researchers) on the project Seizing the Future: A Comparative Anthropological Study of Expectations of the Future in Southeast Europe. I led a team of four researchers investigating how a range of social entrepreneurs in Serbia, Albania and Slovenia, imagine, invoke and plan their futures.

2017–2019: I am also a researcher on the ongoing project Slovene Women Missionaries in India (ARRS J6-8258) led by dr. Ana Jelnikar, aiming to investigate a neglected chapter in the cultural history of the connections between India and East-Central Europe by focusing on the role of Slovene women missionaries from pre- and post-World-War-II socialist Yugoslavia in India.

2019–2022: I am a researcher at Experiencing water environments and environmental changes (ARRS J6 - 1803) led by dr. Nataša Gregorič Bon. Granting the impaction of the geological, hydrological and social, the project explores the aquatic environments of particular rivers in Albania (the Vjosa), Serbia (the Danube) and Slovenia (the Rižana).

2019–2022: I am a researcher at the project on Young entrepreneurs in times of uncertainty and accelerated optimism (ARRS J6-1804) led by dr. Miha Kozorog. The project is devised as conducting ethnographic research into young people and their ideas of an ethical livelihood in modern-day Slovenia.

2020–2023: I am a researcher at Contested Waterway: Governance and Ecology of the Lower Danube, 1800-2018, led by dr. Luminita Gatejel and financed by the German Leibniz Association (K 237/2019). The project examines the impact of two centuries of human intervention in the riparian space of the Lower Danube, contextualizing its present ecological degradation.

2021–2024: Most recently I have become Principal Investigator of a project, Visionary Practices In Comparative Perspective: An Anthropology of the Imaginal (ARRS J6-3127), which addresses how different creators, scientists, artists, and thinkers arguably impel societal transformation in Serbia, Albania, Papua New Guinea and India through seeing innovatively. The work will cleave to how individuals and collectives envision and contribute to transformative processes in their societies, scrutinizing the relationship between visionaries’ practices and the conceptions of social good they promote.

Since 2016 I have taught a course on the “Anthropology of Mind, Consciousness and Practices of Awareness” to doctoral students of anthropology at the Graduate School ZRC SAZU (Ljubljana, Slovenia).

Nastja Slavec, ‘Dancing as an Euskaldun: experiences and subjectivities of Basque speakers and dancers’.

2013                  Claiming the Aboriginal Body in Tasmania. An Anthropological Study of Repatriation and Redress. Ljubljana: Založba ZRC.

Book manuscript: Over Our Dead Bodies: An Anthropology of Redress in Contemporary Serbia.

2020                  'Calling the Future into Being: Timescripting in Contemporary Serbia'. In Biography - A Play? Poetological Experiments in a Genre Without Poetics. Edited by Günter Blamberger, Rüdiger Görner and Adrian Robanus. Paderborm: Wilhelm Fink, 163-179.

2013                  'Parasecurity and Paratime in Serbia: Neocortical Defence and National Consciousness', In Times of Security: Ethnographies of Fear, Protest and the Future. Eds. Pedersen Morten Axel and Martin Holbraad, 141-162. London Routledge.

B. A. in  Cultural Studies at Faculty of Social Sciences, University of  Ljubljana (Slovenia), 1999.

Director of Studies in Archaeology and Anthropology at Peterhouse, University of Cambridge (UK), 2008–2010.

Independent Scholar and a Research Associate, at the Department of Social Anthropology, University of Cambridge (UK), 2011-2013.

Research Fellow and Associate Professor at the Scientific Research Centre of the Slovenian Academy of Sciences and Art, Ljubljana (Slovenia), 2014 – .

Visiting Professor of Anthropology, Centre for Tibetan and Anthropological studies, Chengdu University (China), March through May 2015.