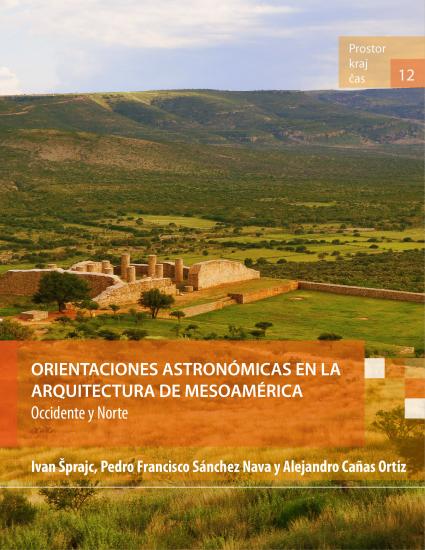 
This monograph presents the results of a study of orientations in prehispanic architecture of western and northern Mesoamerica. Analyzing the alignment data collected with field measurements for a number of civic and ceremonial buildings at 21 archaeological sites, we have been able to conclude that they were largely oriented on astronomical grounds. Since the study area is extensive and culturally diverse, while the data sample is relatively small, the orientations that have been analyzed exhibit considerable variability.

Although the alignment patterns are, therefore, less clear than in other, previously investigated Mesoamerican regions, they reflect the use of fundamentally the same principles, as well as a few peculiarities. In agreement with the general trend in Mesoamerica, most buildings are skewed clockwise from cardinal directions, but the exceptions are more frequent than elsewhere. The orientations were astronomically functional predominantly or exclusively in the east-west direction, largely marking sunrises and sunsets on certain dates, while a few structures possibly recorded the extreme positions of the Moon or Venus. The intervals that separate the dates recorded by solar orientations tend to concentrate around some multiples of 13 and 20 days. The distribution of dates in the year, the similarities with alignment patterns in other parts of Mesoamerica, and contextual data, including ethnographic information, suggest that the orientations recording the Sun’s positions had a practical function: allowing the use of observational calendars composed of elementary periods of the formal calendrical system and their multiples, they facilitated the prediction of important dates in the seasonal cycle and, thereby, an efficient scheduling of agricultural activities and the associated rituals. Some structures seem to have been deliberately aligned to prominent hills on the local horizon; if they also recorded celestial events, the places for their construction were necessarily selected on the basis of both astronomical and topographic criteria. Although few alignments to hilltops have been found, they are likely intentional, considering that they are common in central Mexico and can be interpreted in terms of the aquatic and fertility symbolism of mountains in the Mesoamerican world view. The fact that some buildings are oriented toward the Sun’s positions on the dates most frequently recorded by alignments elsewhere in Mesoamerica, including Teotihuacan, is particularly interesting, as it provides, on the one hand, the most compelling evidence that the same orientation principles were prevalent also in the West and the North and, on the other, contributes to the understanding of the processes of cultural interaction among particular regions.