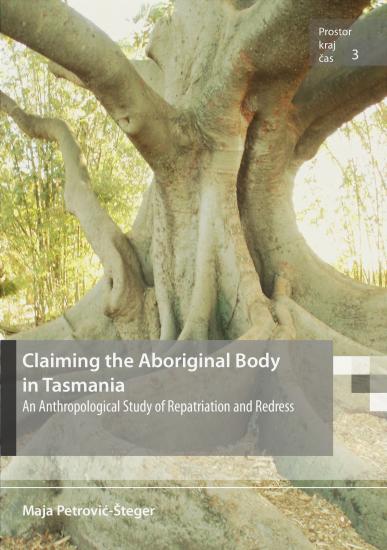 Claiming the Aboriginal Body in Tasmania. An Anthropological Study of Repatriation and Redress


How do contemporary Tasmanian Aboriginals think of the body? How do they think of the dead body and of their human remains? This work examines the intersection of different cultural, biological and legal concepts of authenticity and belonging as these concepts come into focus as the stake of disputes over Aboriginal remains. In claiming remains, Tasmanians engage a complex set of discursive practices in which the aboriginal body is denoted, performed and negotiated in various ways as the sign of ancestral rights. Petrović-Šteger attends particularly to the language in which Tasmanian human remains are accounted for, appropriated and resignified in the context of the British policy on repatriation. Her work examines naturalist interpretations of both Tasmanian Aboriginal and Western ideas of biology, ancestry and kinship. Attending to a number of recalcitrant concepts—including those of the authority of science, purity of indigenous peoples and exclusive rights of descendants—Petrović-Šteger considers questions arising from contemporary data collection processes as they image and measure remains, and subject them to DNA and isotopic analysis. The collection also broaches the question of how contemporary understandings of Tasmanian indigeneity and ancestral rights are constituted and promoted through the use of various scientific, museological and representational technologies.

These technologies are understood as ethical and empowering, on the one hand, and experienced as immoral, intrusive and reductive, on the other.